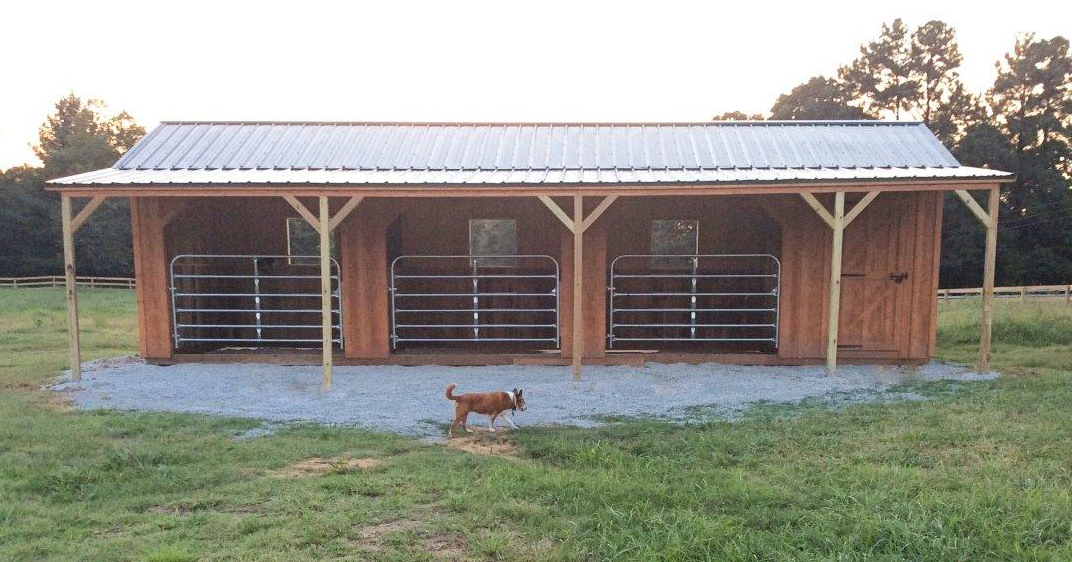 When Bill and Dana Lackey decided to relocate from their ten acre farm in Rossville, TN to a larger one, they found 69 acres just a few miles east of their home, still within commuting distance of Memphis. The only trouble was that the larger place was a “fixer upper” – not just the house, but also the barn, fencing, and pastures. They decided to work on the place for a year and get it horse and human habitable before they moved. The one year turned into two, which just got it to the point where they and their animals could move. A lot more still needed to be done. There was a large pole structure shed that could be temporary quarters for the horses and an old 1200 sq. foot farm house, which could be occupied for a while but would eventually need to be demolished. Bill said that they put a lot of thought into all of the renovations. Construction took a few weeks after he ordered it and it took 1 day for delivery. He had the site work done when it arrived.